There is growing interest in clean approaches to all forms of agriculture. Organic, no/low preservative wines and biodynamic practices in wine are part of the trend. A degree of passion accompanies “natural” wines and fuels this interest.

Organic and biodynamic wines are defined terms and certification is required for a wine producer to depict the term on the label. However, the term “natural wine” is very loose. It is supposed to mean that the wine is made without manipulation to be extremely representative of the its location. Any adjustment to wine flavour is abhorred and even addition of naturally occurring grape tartaric acid, a common practice in Australia especially by large producers, is held to be incorrect. Hence the “natural wine” movement has become a bit “political” where small producers are extolled and large corporate producers are vilified.

Organic viticulture is a system of grape growing which is based upon management of the soil, regarding it as a living environment that interacts closely with the plant and contains nutrients, flora and fauna that makes a healthy continuing regime. It bans synthetic additives and requires written records of management practices. In countries such as Australia, a protected island, where the climate is dry and the humidity that spreads vine disease is not present, large scale “conventional” grape growing is clean and organic growing and wine making is widespread.

A separate concept is preservative free wine – there are few available because they are difficult to produce and they have a short shelf life. The common preservative, Sulfur Dioxide (“SO2”) is named on wine labers and is blamed for headaches and ill feeling after drinking wine. SO2 is naturally occurring and in Australia, is applied at low levels and is unlikely to cause ill health. A further issue of concern are additives used in wine making. Mostly, these are added as a fining agent to remove cloudy and solids. In theory, the additive bonds to the solid matter and is left behind when the clarified wine is bottled. However traces may remain in the wine and this leads to the concern because quite a few fining agents are animal derived. A common agent is egg white (used to remove excess tannin in reds). Another is isinglass (made from fish by-products). Casein is milk based. Gelatin is based on waste meat products. Wine makers can avoid all these products if they wish and hence may state on the label that the wine is vegan.

A more extreme and ideological agricultural practice is biodynamic viticulture. Like the other organic philosophies, it emphasises soil health and fertility, but it has the added dimension of a connection with astronomy – a “cosmic background”. Vineyard and winery operations are governed by positions of the planets and phases of the moon. Conventional agrochemicals and fertilizers are forbidden. The spray, Bordeaux Mixture, consisting of a mixture of lime, copper sulphate and water, is allowed for a wide range of grape vine ailments such as mildew and fungal diseases. Well known Australian practitioners include Castagna, Cullens and Jasper Hill. Max Allen writes on drinks regularly for the Financial Review newspaper and regularly features a biodynamic or natural wine producer.

Where low regimes of intervention are practised, the obvious issue is whether spoilage may occur to some degree, which would not have otherwise occurred. Oxidation is a common occurrence and many natural wines tolerate it with a resulting deeper coloured orange appearance. Similarly, filtration is not practised, and many wines are cloudy. Provided the wine tastes good, orange and cloudy appearance is acceptable. Other flavours can creep in and this is where the debate occurs. Plenty of natural wine champions will forgive generously such flavours that detract from the fruitiness.

Whether natural wines are better or not, it is a growing trend. Many wine lists and shops signify natural wines with a clear designation to customers. 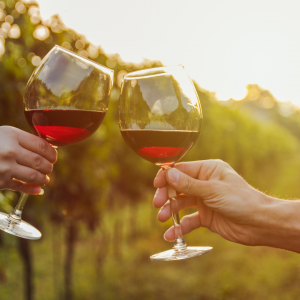 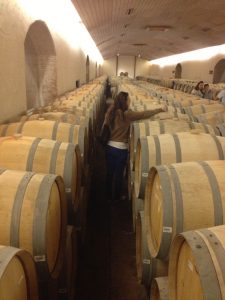 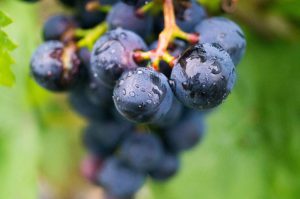